Coffee and Fly Fishing – A Match Made In Heaven

Just like coffee and travelling, fly fishing is one of the true loves of my life, and when given the opportunity to combine all three, how could I pass it up? I’ve heard time and time again about the amazing fishing spots in New Zealand, and as I was headed there in the last few months I decided to jump in and find a guide who could help me live the dream.

Arriving in Auckland, I started my search for fishing guides, and found a site called Totally Fly (http://totallyflyfishing.co.nz/), owned by Kiyoshi Nakagawa (Yoshi to his clients). Yoshi was more than helpful to put me in touch with Rob Vaz from Robfish, and I was very intrigued by his title on his business card: ‘Trout Psychologist’. I rang Rob, and he was happy to be my guide for a day of fly fishing; he promised me that he would ‘put me in touch with some good fish’, and he was not wrong.

Rob picked me up from the Takapuna Beach Café, where I found a beautiful Allpress double shot latte. Coffee is really the only way to prepare for a 3 hour drive down towards Hamilton, and on to Lake Rotorua, where my angling dreams may just come true.

Having been in the New Zealand Fly Fishing team for a number of years, there is not much Rob doesn’t know about trout, making him such an excellent guide. He’s also a lover of coffee, so of course we got on like a house on fire.

We arrived at our fishing destination, situated somewhere on the Ngongotaha stream, a feeder stream into Lake Rotorua. Autumn was just starting here: the pine oaks were just showing their red tinges on the older leaves, and I could almost feel the arrival of the chestnuts and walnuts which would soon line the paddocks and signal the change of season. As a horticulturalist, to be standing in such a beautiful place, doing something I loved, just felt so amazing.

Before we set out to find my fish, I told Rob that I had a few new portable coffee making products I wanted to try out for my website, and as a fellow coffee addict, he happily agreed. I had brought a small Rio grinder with me, which holds between 15-20 grams of coffee, and I used local roasted Matakane coffee, based in Auckland. It was just enough for a plunger mug, which I had brought along with me for a caffeine hit. The coffee from the Rio Grinder and plunger mug was good, but, as I like my coffee strong, I would suggest only filling the plunger cup halfway, with hot water next time, as it would increase the flavour of the coffee.

I’d also brought a new product called the Cafflano, which is a coffee cup with a grinder on top of the cup, and it was really cool. The grinder on top of the mug delivers the ground coffee into a small wire mesh basket, which is suspended in the cup, and when you pour hot water over the course ground coffee it drips into the cup below. Being able to grind the beans fresh always makes a big difference, no matter what type of coffee you use or make. The Cafflano coffee was also really nice, and after we got our coffee buzz it was time to head out in search of our dream trout.

After a short walk through a collider of pine oaks, scarlet ork and English elms, we arrived at the stream. We were going to be fishing with Glo bugs and bead head nymphs because, at this time of the year, the fish were starting to move from Lake Rotorua to their original birth place and reproduce, as they have done for many years. I would hopefully be able to upset this migration for a few minutes; hoping the fish would be more interested in my trout fly than sex was a tall order, but hey, that’s fly fishing.

Three hours later and I was able to tick another one off the bucket list: fly fishing in New Zealand. Rob did what he knows best, and with his advice on fishing style and fly choice I was able to catch and release 8 beautiful fish, weighing between 2-4 pounds each. The memory of this amazing afternoon, spent on this stream, with a great friend and great coffee, will stay with me for a long time. They say the best days fishing can be the day you don’t catch fish; as long as you have a good coffee, the experience will always be amazing.

Thanks to Rob from RobFish for taking me out on a magnificent trip, and for being such an excellent guide (and coffee lover). Also thanks to Kiyoshi from Totally Fly for sending me in the right direction: I knew I was going to get on with him when he told me he owned a Giotto coffee machine. That was all I needed to know he was a man of great recommendations. 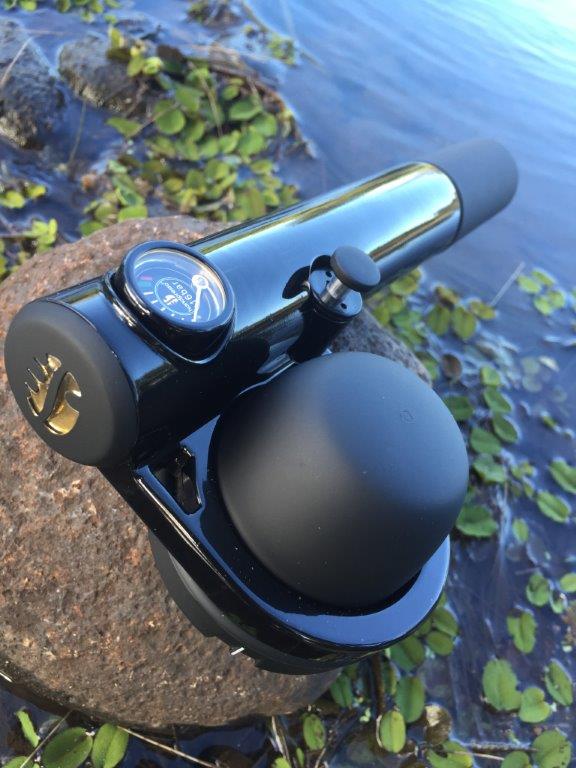 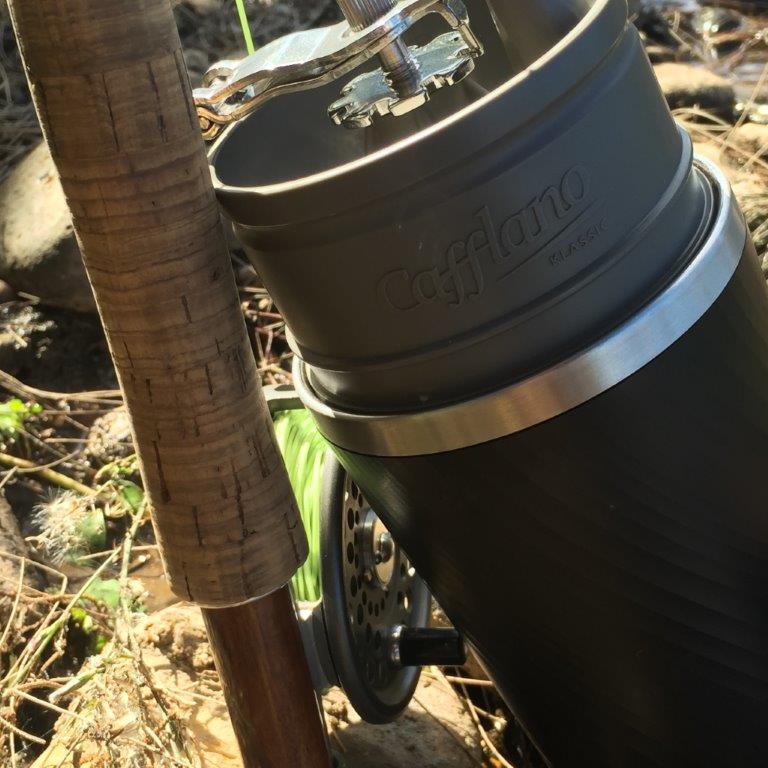 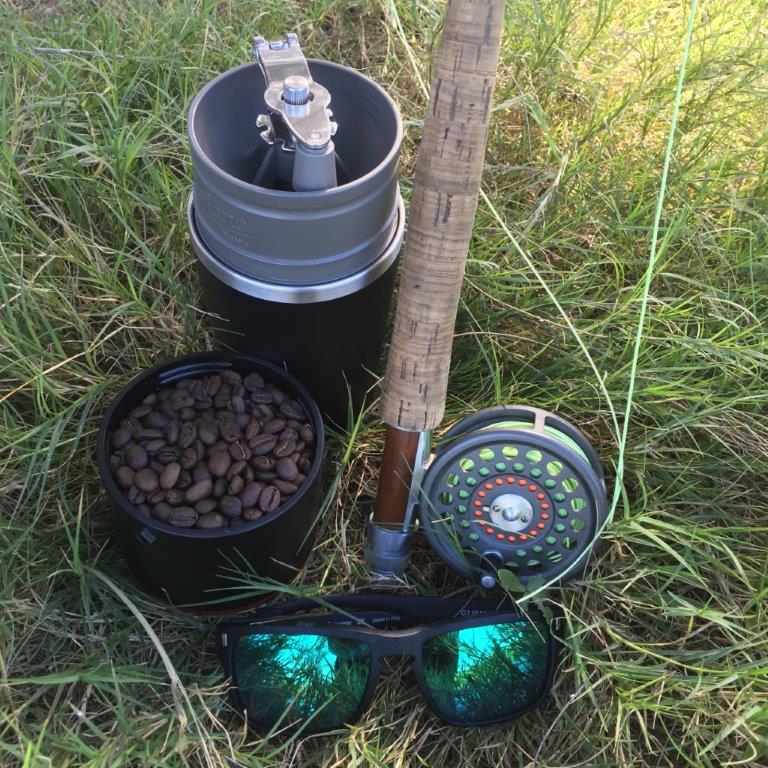 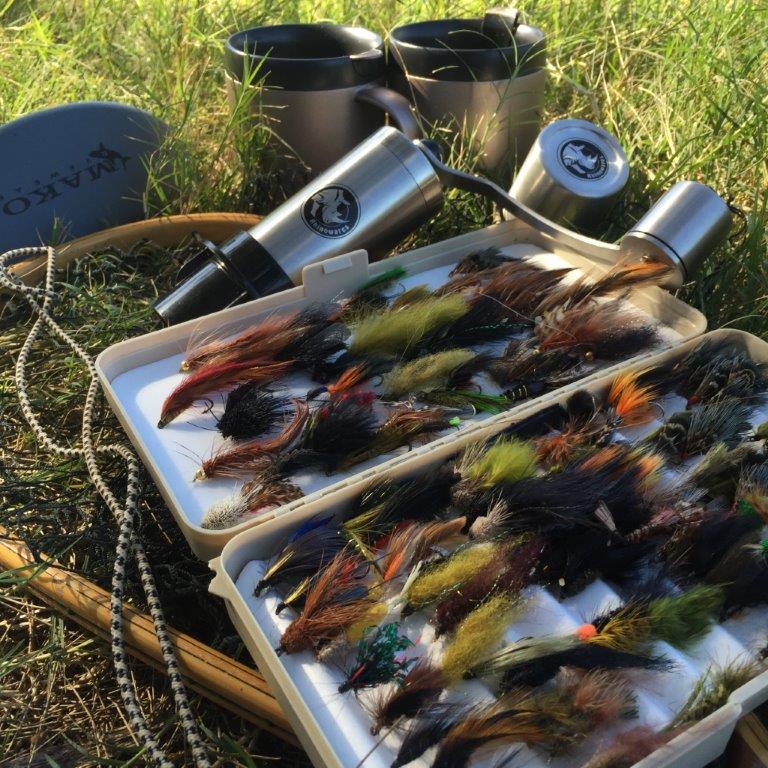 Copyright 2020 The Coffee Warehouse | All Rights Reserved | Another Frank Design.